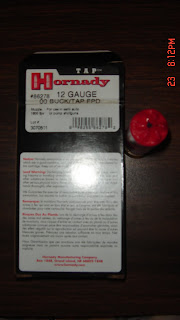 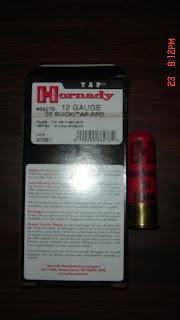 I haven't run across this before, the crimp is not fully closed. I found it when I was arming the Strategic Twelve Gauge of DoomTM --more on that later. I plan to disassemble this one and attempt to find the root cause. Perhaps wad not seated properly, perhaps double charge of shot, etc... If I puzzle it out, will relate here.

Update
I emptied the shot from the improperly crimped round and counted eight pellets. After removing the shot, I noticed that the wad was inserted into the case unevenly. After pressing it into place, I reloaded the shot and was able to press the crimp closed.

I chose to weigh this shell with its four box mates and the results are as follows...
--I have no idea why there is such a large gap between this text and the data tables and between each data table. My html is mighty dated and rusty, but the following should have worked pretty well - any suggestions will be greatly appreciated. Apologies for the large gaps in the post, it looks dreadful, but I do not know how to fix it and the searches so far have yielded no answers.


The weighing cycle was Round one to five repeated three times and the values recorded. The Avg (g) is the average of #1 (g) to #3 (g) for each round. The Avg (g) is the MS Excel function average and the Ind Stdv is the MS Excel function stdevp, yes, I know that a population of three is about useless in talking of standard deviations. I used it to show that, for the three measurements taken, the deviation is essentially the same and therefore the instrument yields repeatable results. I have certified standard weights that I could have used to prove this, but for the purposes of this blog... Lab Suiter, please... I am just not going there.

The improperly crimped one certainly seems to weigh more than its brethren, but this one has been handled (by me) to a much larger extent than the rest and it is possible that I have altered the mass inadvertently by too much touching. And maybe, it just weighs a bit more. The point being that I did not handle each of these with tongs or gloves.

The point of this exercise was to determine whether this shell might have been double charged. I believe, reviewing the data at hand, that there is little to no danger of this possibility.

Data gathered using an Ohaus (uncalibrated since move) Adventurer (Model AR-3130). Left uncalibrated as the actual value was unimportant, the difference in each member of the population was.
Posted by Dan at 6:30 PM No comments: Links to this post

Received today via e-mail... Thanks Tom.

Posted by Dan at 1:29 PM No comments: Links to this post

Happy Thanksgiving to One and All

In the spirit of the holidays, thank you God for all that you provide.

Apologies for the somewhat shaky pictures... 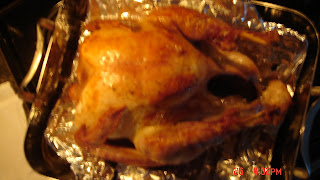 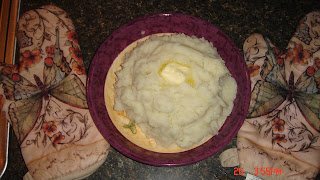 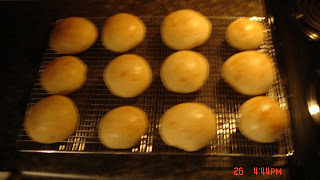 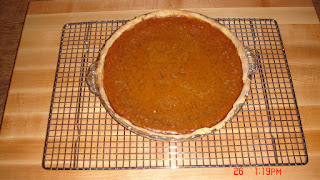 It is really too bad that I make such a lousy looking crust, tastes good, looks wretched. That pie right there deserves a prettier crust, meaning WOW Good!
:)
Posted by Dan at 5:32 PM 2 comments: Links to this post

Email ThisBlogThis!Share to TwitterShare to FacebookShare to Pinterest
Labels: Culinary

Foot Soldiers in the Great War of Reparation?

I have the combined "You MUST be shitting me." - "I am so not surprised by this." reaction going on here.
Posted by Dan at 3:20 PM No comments: Links to this post

Email ThisBlogThis!Share to TwitterShare to FacebookShare to Pinterest
Labels: There is not one

I went to my favorite crack store (Simmons Sporting Goods) to pick up some feed in support of the 19 November festivities. Somehow, by Friday afternoon, I had ended up trading my Browning (BAR Safari in .338 Winchester Magnum) and its ammunition for a Weatherby (Mark V Accumark in .300 Weatherby Magnum) and a Walther (PK 380 in .380 ACP) and rounds for each. It never fails, they always have something that has to come home with me. 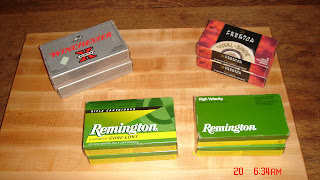 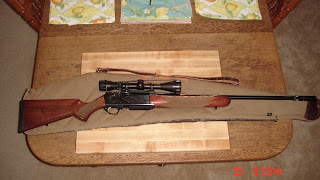 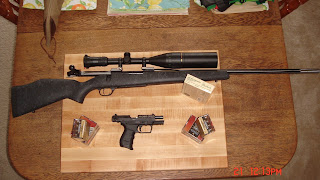 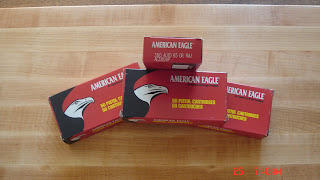 The acquisitions (Part II). 200 rounds of 95 grain full metal jacket .380 ACP from Lucky Gunner. More ammunition is still on the way for the Weatherby.

The Weatherby was a trade in; so, the Bushnell scope sitting on it was part of the deal. I think the sun shade can looks goofy, but it certainly helped when I pointed it toward the West yesterday. It cleaned up very easily and appears to not have been fired much at all. If it has, it really doesn't show it.

The Walther had a bunch of gunk on it (unsurprisingly as it was new), but it cleaned up pretty easily as well. The internal finish isn't the greatest, but what can one expect of a $320 pistol... it cycles properly and goes bang properly and that is pretty much all that is important on a firearm like this.

I don't much care for the need of a tool for disassembly and the recoil spring / rod assembly is a bit difficult to replace. Minor gripes at best. And, the real point of this purchase was to have a firearm based somewhere between .22 LR / WMR and 9mm Parabellum / .38 Special / .357 Magnum. This, because my Momma is considering taking up a bit of shooting. I wanted to have a robust range of arms for her to fool with. I am still considering a .25 or a .32 to stick into the arms list as well... probably not, but am still thinking on it.

I didn't really want to go to .380 ACP and get into the search for that ammunition as well, but priced right and the pistol certainly seems sturdy... after one cleaning and nine rounds. ;) Oh yeah, the slide pull is amazingly soft. I will take a few more pictures the next time I have it out and apart after the next range (backyard) trip and put it up as a separate post.

They have both been cleaned and test fired. If I ever get off of my duff and get back to the rifle range, I will print a couple targets from the Weatherby and put them up here as well.

Why Bush did not Win the Nobel Peace Prize...

That is the subject header of an e-mail that I received this morning. Favorite line (and will be for days)... "Why don't you go wash your mouth out with a revolver?"

just because.
Posted by Dan at 12:48 PM No comments: Links to this post

Email ThisBlogThis!Share to TwitterShare to FacebookShare to Pinterest
Labels: There is not one

The title is linked to here it is Roll Call Vote 887 regarding HR 3962 (Affordable Health Care for America Act). Miserable, rotten cretins and no, I do not believe the Senate will put a stop to this.
My elected representative, Artur Davis (D) - Tuscaloosa was one of the 39 Democrats who voted against. Thank you Mr. Davis.

Follow either of the links above and check on your elected representatives... just to see if you feel represented.
Posted by Dan at 3:25 PM 1 comment: Links to this post