Seven Points and an Arm for Christmas

I now have a mantle gun, time to clean it up a bit and go find a place to display it. Reckon that and the rack from yesterday afternoon will make a fine start to the trophy room... wherever I put it. Thank you Keith, I had forgotten how great a successful day in the woods was. Truthfully, in the recent (and not so recent) past, hunting meant heading out to the woods and not really hunting, but just hanging out. Back to the arm at hand, I love the story that goes with this firearm. I will find a place to display it very soon. 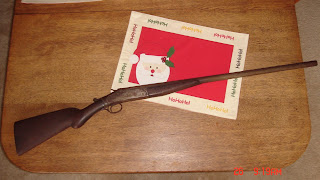 The story goes something like this... A gentleman enters the gun store looking to sell his grandfather's shotgun. The gun store owner disclaims any desire to purchase this firearm. My friend chooses to purchase this and ultimately gifts it to me on Christmas day. The rest of the story, so far, is that this gun fed that old man's family, in some part, for 75 years here in central Alabama. I am proud to display this worthy old veteran in my home. I very much appreciate tools with a history and a story.
After a little bit of steel wool and some Intertoobing, the mantle piece was manufactured by Iver Johnson Arms & Cycle Works of Fitchburg, Mass. USA and is marked as Champion (maybe Model 36, doesn't say it, but most of the letters are buried under rust or simply worn away). It is a twelve gauge, is missing its butt plate, probably manufactured in the 1920's and probably early on based on a serial number in the low teen thousands. It is in horrendous shape, but has sooo much character.
In a similar vein, I have deer meat getting ready for the freezer from yesterday afternoon's hunt after grounding a nice little seven point that was taken after a great lunch with friends and family of friends. Thank you Keith and Terry. I introduce all of you to the newest member of the gun safe to have proven itself capable... a Remington 700 in .270 Winchester. Oddly enough, I bought this one from the same guy, rather recently. It is only the second time that I shot it and it is its first time in the woods... not bad for a first outing. :) 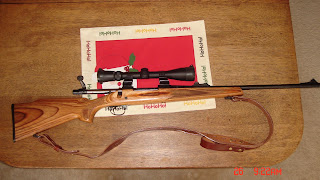 What a great Christmas. Belatedly and again, Merry Christmas to all. :)
Posted by Dan at 9:24 AM 3 comments: Links to this post 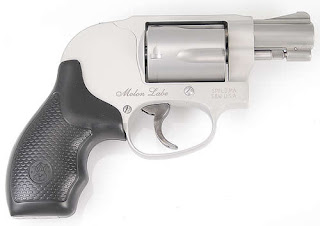 at Lipsey's... you know what happens next and it probably goes without saying... Merry Christmas to me, once again. Somehow, a firearm that says "Come and get it." (paraphrased) tickles me near to death. :)
Posted by Dan at 9:57 AM 4 comments: Links to this post

Posted by Dan at 8:28 AM No comments: Links to this post 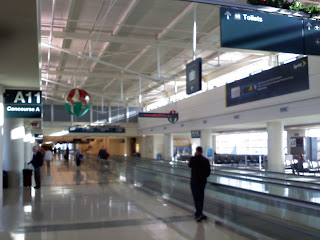 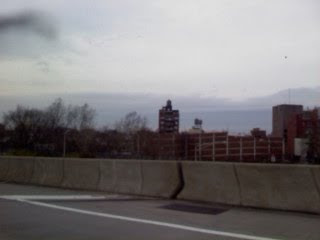 As has become normal, apologies for the quality of the cell phone pictures.
Posted by Dan at 4:02 PM 1 comment: Links to this post

Email ThisBlogThis!Share to TwitterShare to FacebookShare to Pinterest
Labels: Travels

Merry Christmas to Me

Again, apologies for the fuzzy cell phone picture. By the way, that is a mouse pad flipped upside down that it is residing on... just for a bit of size perspective. 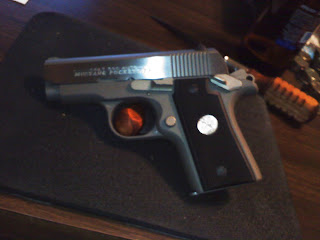 I was at my favorite crack store the other day and this was in the used firearms cabinet. Yup, it had to come home with me... It is a baby 1911-similar pistol from Colt, chambered in .380 ACP. I had no idea that it existed and this is just stupidly cool, in my whacked little brain pan.

Introducing the Mustang Pocketlite from Colt. I saw it, fooled with it, inspected it and had to bring it home. It cleaned up easily, just a little gunk on the bolt face and in the barrel. Other than some real minor wear marks, it looks new. It has already put a couple hydra-shok hollow points down range. I am just tickled that it came home with me today.

As with everything else, when I get around to some range time... blah, blah, blah. I am just happy that it is clean and safe. 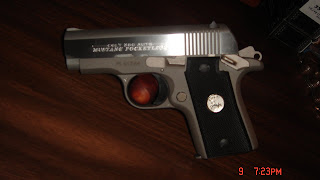 Posted by Dan at 4:04 PM No comments: Links to this post

Email ThisBlogThis!Share to TwitterShare to FacebookShare to Pinterest
Labels: Zombies 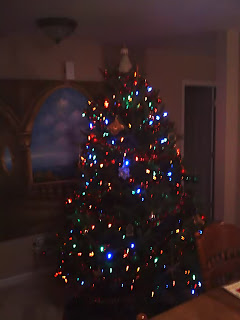 Sorry for the fuzzy cell phone picture. I hope to do better with better equipment this weekend.
Posted by Dan at 6:27 AM No comments: Links to this post

Email ThisBlogThis!Share to TwitterShare to FacebookShare to Pinterest
Labels: Holiday

Apparently, we knew it in the 50's

Posted by Dan at 5:58 AM No comments: Links to this post

Email ThisBlogThis!Share to TwitterShare to FacebookShare to Pinterest
Labels: Political

Maybe this would make me better at skeet...

Posted by Dan at 5:48 AM No comments: Links to this post